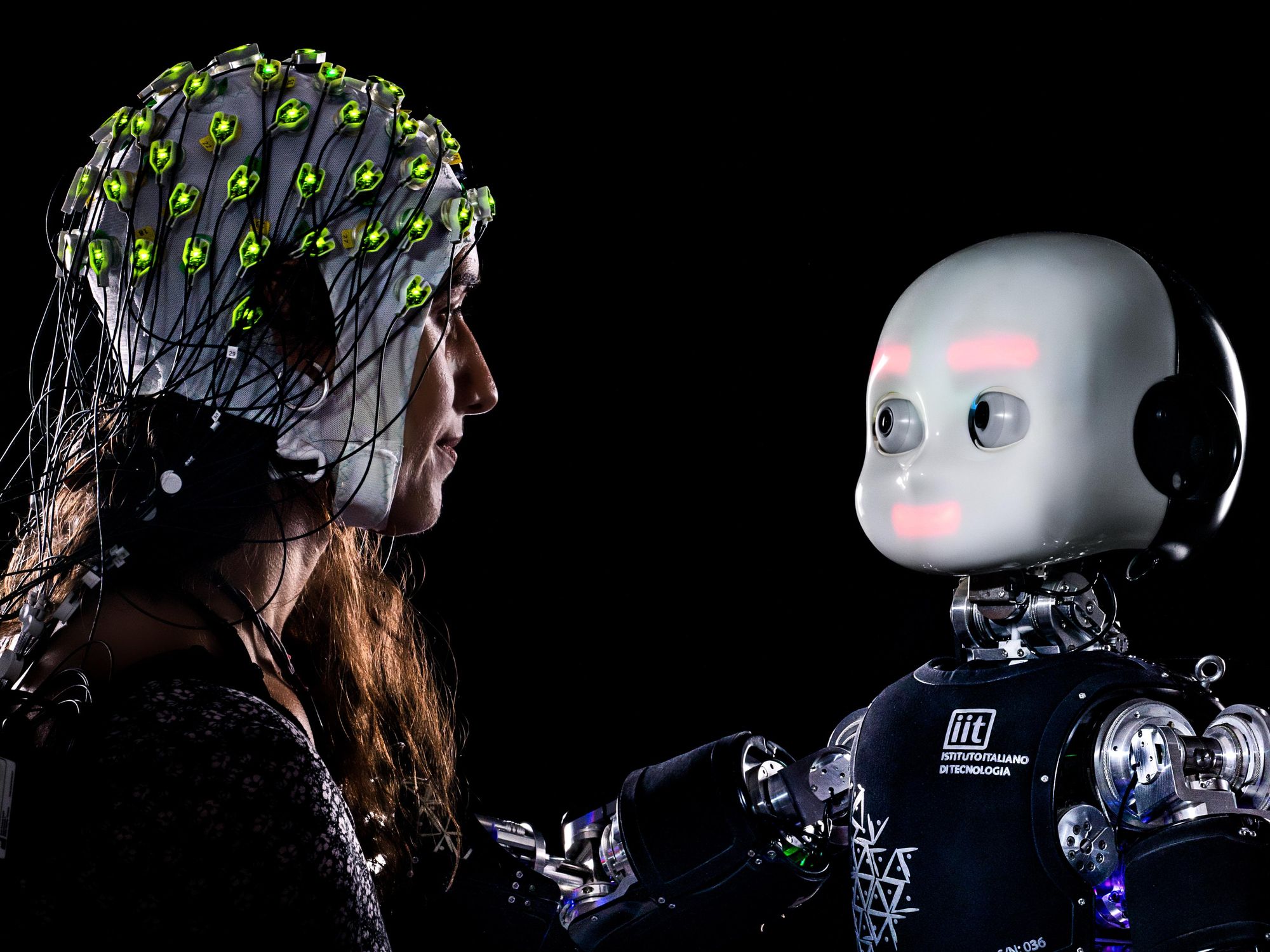 Video Friday is your weekly selection of awesome robotics videos, collected by your friends at IEEE Spectrum robotics. We’ll also be posting a weekly calendar of upcoming robotics events for the next few months; here’s what we have so far (send us your events!):

Let us know if you have suggestions for next week, and enjoy today’s videos.

Gaze is an extremely powerful and important signal during human-human communication and interaction, conveying intentions and informing about other’s decisions. What happens when a robot and a human interact looking at each other? Researchers at the Italian Institute of Technology (IIT) investigated whether a humanoid robot’s gaze influences the way people reason in a social decision-making context.

Reachy is here to help you make pancakes, for some value of «help.»

It’s surprising that a physical prototype of this unicorn (?) robot for kids even exists, but there’s no way they’re going to get it to run.

And it’s supposed to be rideable, which seems like a fun, terrible idea.

Segway’s got a new robot mower now, which appears to use GPS (maybe enhanced with a stationary beacon?) to accurately navigate your lawn.

It’s interesting how sophisticated legged robots from Japan often start out with a very obvious «we’re only working on the legs» design, where the non-legged part of the robot is an unapologetic box. Asimo and Schaft both had robots like this, and here’s another one, a single-leg hopping robot from Toyota Technological Institute.

How to make a robot walking over an obstacle course more fun: costumes and sound effects!

These same researchers have an IROS paper with an untethered version of their robot; you can see it walking at about 10:30 in this presentation video.

This is an innovative design for a powered exoskeleton of sorts that can move on wheels but transform into legged mode to be able to climb stairs.

I still have no idea why the Telexistence robot looks the way it does, but I love it.

In this video, we go over how SLAMcore’s standard SDK can be integrated with the ROS1 Navigation Stack, enabling autonomous navigation of a kobuki robot with an Intel RealSense D435i depth camera.

Normally, I wouldn’t recommend a two hour long video with just talking heads. But when one of those talking heads is Rod Brooks, you know that the entire two hours will be worth it.