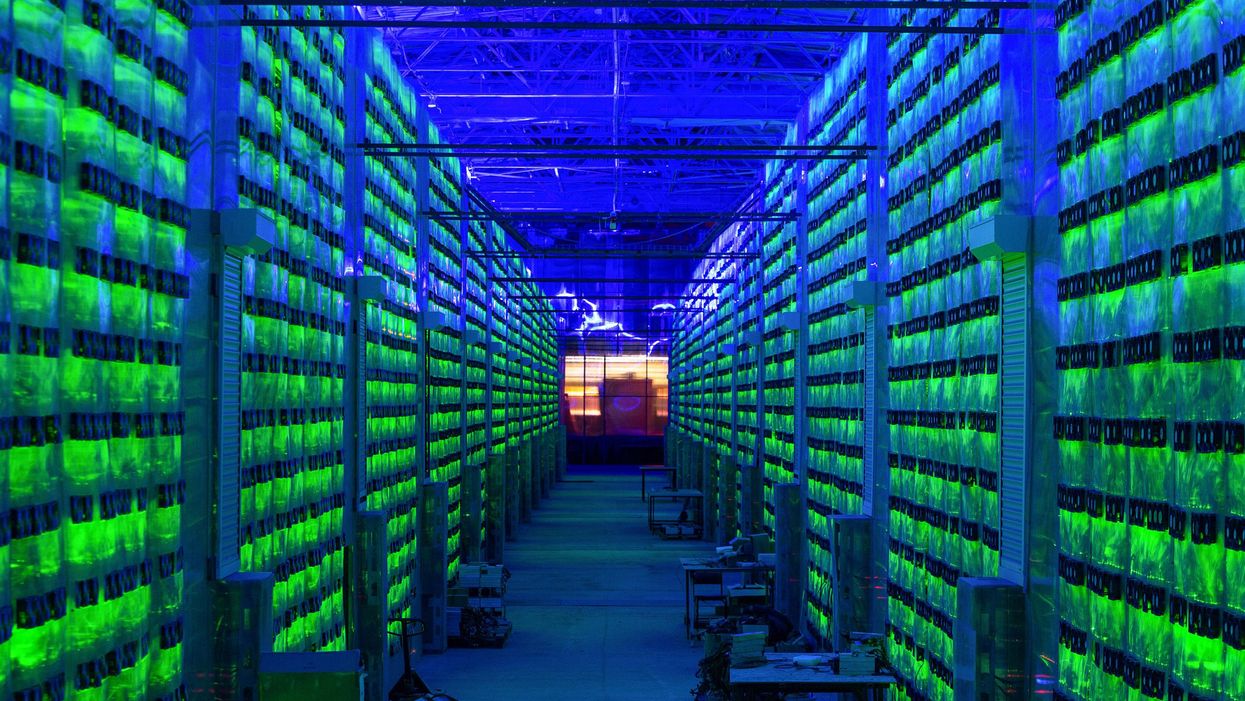 When Chinese authorities cracked down on cryptocurrency mining in May, earnings soared for miners in other countries. That set the stage for a crypto gold rush in other countries, but supply chain disruptions and logistical bottlenecks have made capitalizing on the opportunity tough.

Mining plays a crucial role in the functioning of many cryptocurrencies, including the two biggest—Bitcoin and Etherum. Miners compete with each to solve complex calculations that help secure transactions, and are rewarded with new coins in return. While anyone with a computer can try their hand at mining, today the bulk of it is done by professional outfits running thousands of specialized chips in dedicated datacenters.

In April, 46 percent of all mining took place in China, according to data from the Cambridge Centre for Alternative Finance. But in May Chinese regulators banned the practice over concerns about mining’s excessive energy consumption and perceived threats to financial stability. In a matter of weeks, all that mining capacity went offline.

With the bulk of the competition out of action, profits for miners in the rest of the world skyrocketed. Combined with a rally in the price of Bitcoin starting in June, the ban prompted a scramble to set up whole new operations or relocate mining chips stranded in China. But that’s easier said than done, says Dave Perrill, CEO of Compute North, which builds specialized data centers where miners rent space for their chips.

«We’ve seen newer miners that haven’t done this before thinking you can buy 10,000 machines and just find a spot to plug them in,» he says. «It can take six to twelve months to build up those kinds of facilities.»

Compute North has operations in Texas, Nebraska and South Dakota, and is expanding rapidly to cope with demand, says Perrill, but all of their space is booked out until the second quarter of next year. That’s a situation mirrored around the world, which is posing a major problem for owners of idle mining chips.

The challenges facing new mining operations have changed significantly in the last six month. Prior to China’s crackdown, a global semiconductor shortage meant getting hold of new chips was the major bottleneck, says Perril, but that has flipped in the last four months as many shuttered Chinese mines look to offload hardware on the second-hand market.

But building a bitcoin mine is about more than just the chips. Disruptions to the global supply chain due to the covid-19 pandemic have hit everything from the pre-fabricated containers used to house chips, to power cables and fans, to the transformers used to manage the enormous amounts of electricity mines require, says Perrill.

A recovery in Bitcoin’s so-called hashrate—a measure of the collective computing power of all miners—in the last couple of months has been widely attributed to Chinese mining equipment being relocated. But miners often shutdown their chips when the price of Bitcoin falls, says Garrick Hilleman, head of research at crypto finance house Blockchain.com, so this recovery might also be partly down to previously mothballed chips coming back online.

Miners are famously secretive, says Hileman, so it’s hard to tell exactly what’s going on. But as new chips are sold out until early next year, they are unlikely to be adding significantly to capacity. And the cost and complexity of moving such large amounts of gear, particularly when global shipping is facing major delays, suggest much may still be lying idle. «Moving that amount of infrastructure isn’t something that happens overnight,» says Hileman. «Many in the industry are expecting this process to play out over a 12 or 18 month period.»

Given that time is of the essence, many Chinese miners have hopped across the border to Russia or Kazakhstan, says Hileman, but North America has also seen a large influx. That’s partly due to the availability of some of the cheapest power in the world from Texas’ wind farms and Quebec’s hydropower plants, but he thinks it may also be due to a more stable regulatory environment. «Regulatory clarity is a huge factor now,» he says. «That’s probably the second biggest factor now, after electricity, and it might actually be number one for many people.»

The exodus was already underway before the crackdown, says Jaran Mellerud, an analyst at investment firm Arcane Crypto. China has long been hostile to cryptocurrencies, but many miners set up shop there anyway to be close to the leading suppliers of mining chips, who are all Chinese, he says.

For years, rapid performance gains with each new generation of chips meant having close relationships with suppliers was a crucial competitive advantage, but in recent years progress has slowed. That has reduced China’s pull, says Mellerud, and the country’s share of mining was already in decline from its peak of 75 percent in late 2019.

And after being stung this time round, Mellerud thinks many of the larger miners will hedge their bets going forward. » I don’t believe China will be the last country to crackdown on Bitcoin mining,» he says. «I think that big miners will try to try to diversify geographically.»

But while the disruption to the mining industry may take some time to shake out, the episode has highlighted the resilience of cryptocurrencies, says Mellerud. The only visible impact for Bitcoin users was a slight increase in processing times, which resolved after a few weeks when the network automatically adjusted the difficult of mining problems.

«Think about any other computing network that you’ve ever worked with,» says Perrill. «What could take out half their capacity in a matter of two weeks and continue to run just as well as it did prior? To me, that is a huge testament to the architecture and the engineering and the foresight of the Bitcoin network.»