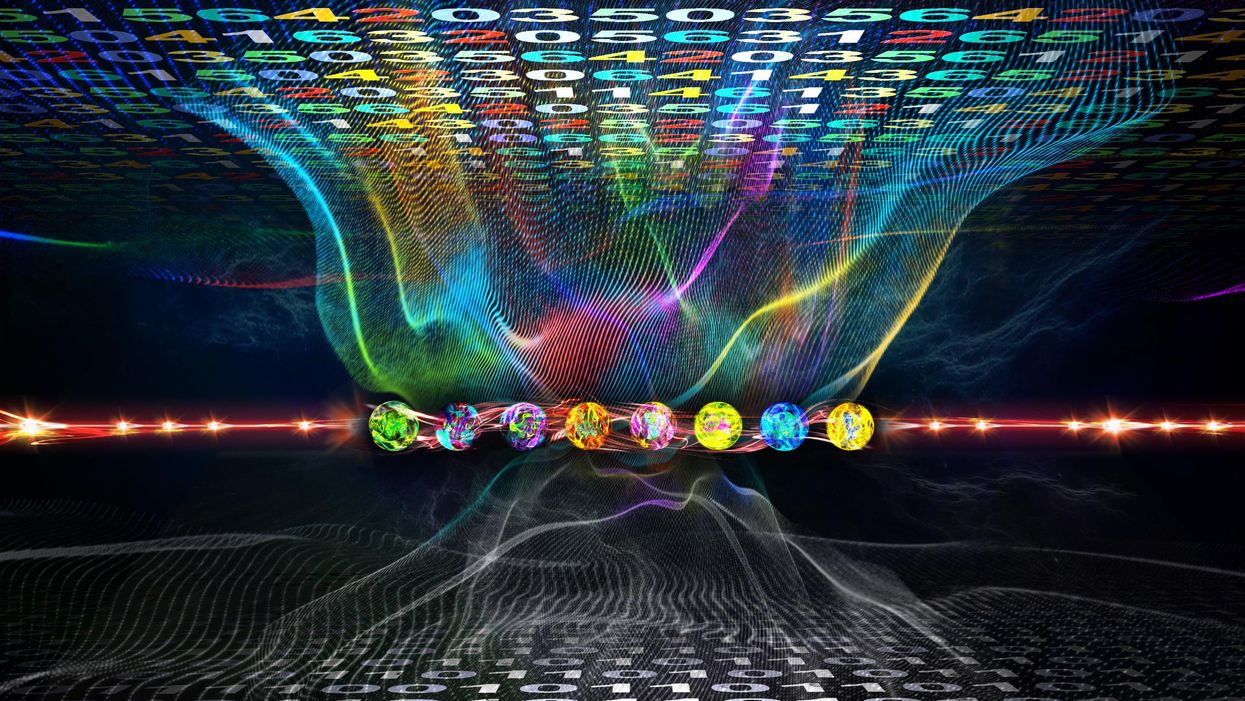 Quantum computers mostly depend on quantum bits or «qubits» that each can symbolize two numbers, zero or one. Now, in a new study, researchers have developed a quantum computer based on quantum digits or «qudits» that each can encode seven numbers. A qudit computer may prove better at tackling complex problems than qubit computers, and may unlock more computational power with fewer components.

Whereas classical computers represent data as bits—ones and zeroes—most quantum computers use qubits. Qubits can exist in a state of superposition where they are both 1 and 0 at the same time. This essentially lets each qubit perform two calculations at once. The more qubits that are quantum-mechanically linked, or entangled, the greater its computational power can grow, in an exponential fashion.

Encoding data as zeroes or ones is the simplest way of performing calculations. However, the quantum components underlying qubits are nearly always capable of more. Restricting these devices to binary data prevents them from living up to their full potential, explains study lead author Martin Ringbauer, a quantum physicist at the University of Innsbruck in Austria.

Put another way, a quantum computer with X qubits can perform 2x calculations. However, a machine with X number of qudits, with D representing the number of states per qudit, can perform Dx number of calculations. «This means you can encode the same information in fewer quantum particles when using qudits,» Ringbauer says.

In addition, qudits «can be entangled in many different ways that are not possible for qubit systems,» Ringbauer says. «This is an important advantage, since it allows us to do computations more efficiently.»

However, the greatest benefit that may come from using qudits is rooted in the complex quantum systems that scientists hope quantum computers may help analyze, such as the chemistry of novel battery designs or new drugs. To model these complicated interactions, often similarly complex quantum components are ideal. Computing these systems with qubits can prove less efficient than with qudits, Ringbauer says.

Ringbauer and his colleagues have developed an eight-qudit quantum processor, with each qudit being an electromagnetically-trapped calcium ion. Each ion has up to seven states useful for computing, with an eighth state used for readout. They detailed their findings online 21 July in the journal Nature Physics.

Previous research on qudits were limited to proof-of-concept devices at most. Ringbauer explained that quantum computing hardware needed to advance before he and his colleagues could experimentally control qudits, given how they possess more complex structures than qubits.

In addition, «each of the qudit states responds differently to external influences, and many of the tools we commonly use to manipulate qubits do not work the same way in a qudit,» Ringbauer says. «You need to find ways to control the qudits and interact them to create entanglement in an efficient way.»

Most existing quantum computing platforms can host qudits in principle, Ringbauer says. The challenge is extending the level of control achieved with two states to «higher dimensions,» meaning more states.

«Over the past 10 years, I have been exploring qudits in different experimental platforms, which showed me that there is a lot of unused potential in today’s quantum hardware,» Ringbauer says. «When I changed to trapped ions, with their exquisite control and natural high-dimensional structure, I was convinced that this platform was ready for unlocking this potential for quantum computing.»

Photonic quantum computers can similarly operate with quantum components possessing more than two states. «Photonic systems interact very little with their environment. This is a benefit, since it makes them extremely stable against noise, but also a challenge, since it makes it quite difficult to entangle them,» Ringbauer says. «Trapped ions, on the other hand, are quite sensitive to external influences, so they need proper shielding, but they can be controlled, manipulated, and entangled with very high precision.»

All quantum computers are expected to experience some level of error. As such, researchers will need to implement strategies to correct or mitigate these errors. «Qudits, with their more complex structure, are actually expected to be more robust to noise than the simpler qubits,» Ringbauer says. «If we are able to achieve this experimentally, this would be an important step towards fault-tolerant quantum computers.»

Although the new qudit platform «opens a new world of possibilities for quantum technology,» Ringbauer says, «What we are still lacking to a large extent at this stage is the software and algorithms that make best use of this added potential. I think qudit quantum software development will be an exciting field in the near term.»