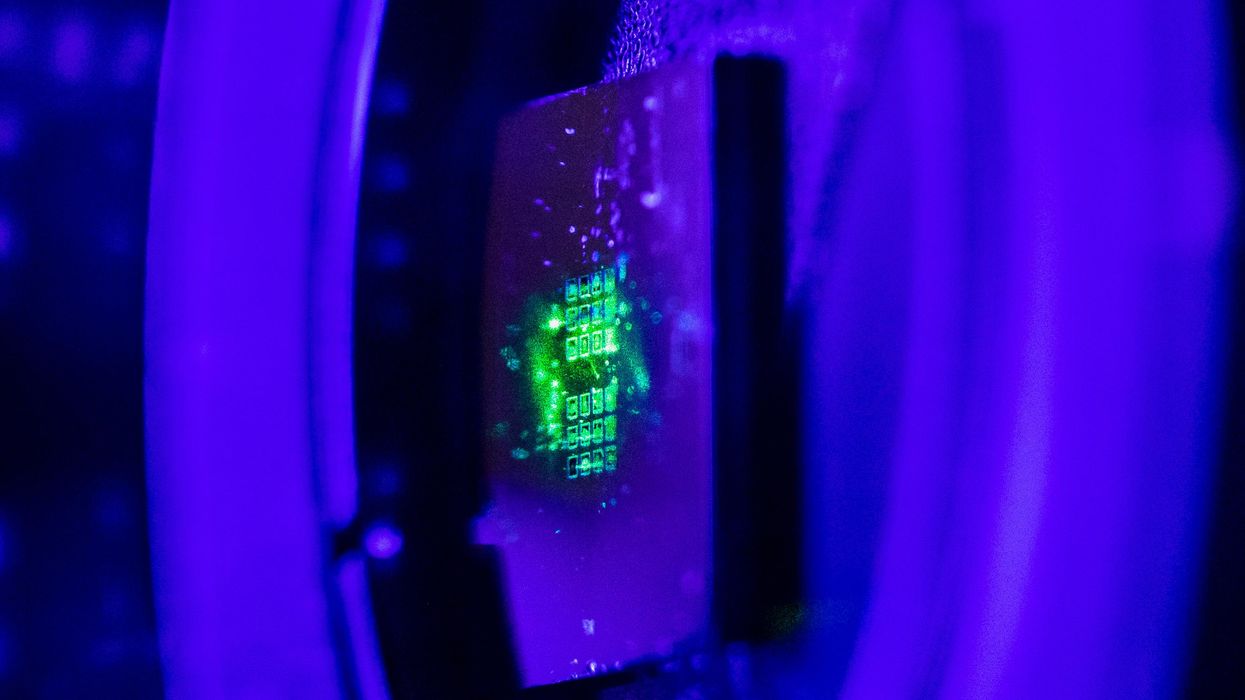 The equipment that generates quantum entanglement is often bulky and only produces entangled photons a pair at a time. Now scientists have created a device roughly one-third as thick as a penny that can yield complex webs of entangled photons—not just in pairs, but several pairs all linked together.

Now scientists have created a new device roughly one-third as thick as a penny can yield complex webs of entangled photons—not just one pair at a time, but several pairs all linked together. The invention may not only greatly simplify the setup needed for quantum technology, but also help support more complex quantum applications.

A common way to generate entangled photons is by shining a beam of light at a special so-called “nonlinear crystal.” These crystals each can split a photon into two lower-energy, longer-wavelength entangled photons.

“The opportunities are vast, and we have just scratched the surface.”
—Igal Brener, Sandia National Laboratories

The conventional techniques for producing entangled photons are not flexible—they only generate pairs of photons within specific ranges of wavelengths that are typically very narrow, says study co-senior author Maria Chekhova, a physicist at the Max Planck Institute for the Science of Light in Erlangen, Germany. This narrow bandwidth can limit communication rates.

In addition, the standard methods for producing entangled photons end up dictating many of their properties of the entangled photons, such as their wavelength and polarization, Chekhova adds. More equipment is then needed if one wants to further manipulate these features, she explains.

Instead of a lab full of crystals, lenses, mirrors, filters and other equipment to generate entangled photons, scientists now find devices only roughly a half-millimeter thick may suffice. The devices are metasurfaces, which are surfaces covered with forests of microscopic pillars.

“We just need to focus one or more lasers onto a flat sample, and the rest is done by the metasurface,” Brener says.

The metasurfaces each consist of a glass surface 500 microns thick covered with gallium arsenide structures that each resembled cubes roughly 300 nanometers wide that had notches cut from them. The way in which the composition, structure and placement of each metasurface’s nanostructures are tailored could help the scientists control many features of light falling onto the devices. 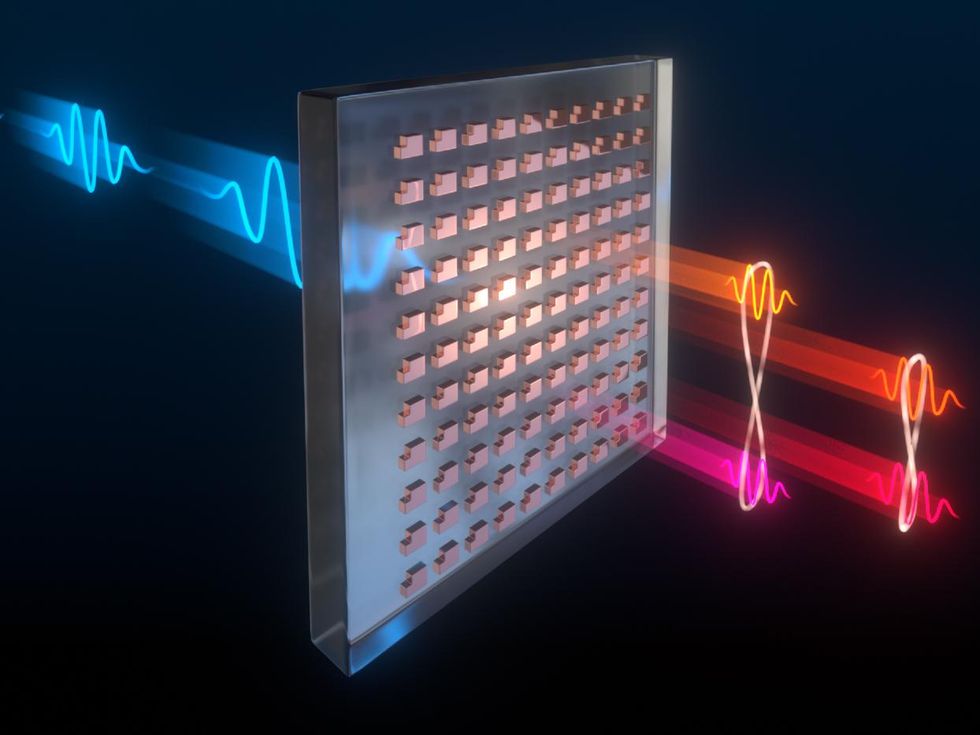 In this artist rendering of a metasurface, light passes through tiny, rectangular structures—the building blocks of the metasurface—and creates pairs of entangled photons at different wavelengths.Sandia National Laboratories

Shining a laser beam onto these metasurfaces can result in entangled photons emerging out. “One single metasurface can, in principle, create several types of entangled photon pairs,” Brener says. “Creating more complex quantum states using multiple photon pairs can lead to new or more efficient ways to do quantum computation, sensing, encryption, and so on.”

In addition, metasurfaces could manipulate a range of the entangled photons’ features, “but we haven’t explored that degree of freedom yet,” Brener says. “The opportunities are vast, and we have just scratched the surface.”

Currently the efficiency of these metasurfaces is low. “We had a rate of less than one pair per second, and standard crystals give hundreds of thousands pairs per second,” Chekhova says. However, she notes further modifications of the devices may improve efficiency by at least a thousandfold.

The group’s research was detailed in a study online 25 August in Science.